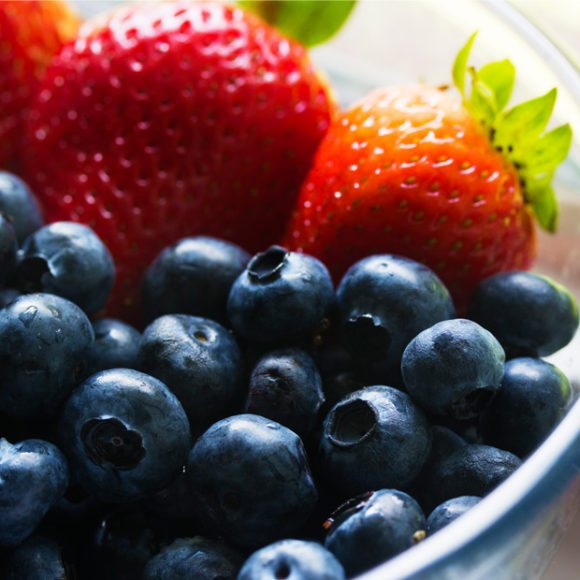 While most people are aware of the connection between weight and diabetes, not everyone realizes that there are a number of chronic diseases that can be mitigated by losing weight. The growing number of obese patients has been directly correlated to the growing incidence of chronic diseases such as cardiovascular disease, some cancers, high blood pressure, and more. Studies increasingly show that maintaining a healthy weight may reduce the risk of developing these chronic diseases.

There are some factors that determine the relationship between weight and chronic disease. Genetics and behaviors such as smoking cigarettes are certainly factors in developing certain diseases. However, these risk factors make it more likely that you will develop a chronic disease if you become obese or overweight. Obesity occurs more frequently in some families than in others. Since families share meals as well as other habits, separating out the role genetics plays is complex.

While there is concern that being underweight may affect the development of some chronic diseases, most research has been concentrated on the connection between obesity or excess weight and health. This is most likely because there are more overweight or obese people in the United States than there are underweight ones. Below is a breakdown of diseases clearly linked to obesity.

Cardiovascular disease is one of the major killers worldwide. The medical community is in agreement that the more weight you carry, the greater risk that you will have a heart attack. Here’s a troubling statistic: if you are 5 to 15% overweight, you are more than twice as likely to die from a heart attack as someone of average weight. For someone who is 25% or more overweight, the number increases to 5 times higher than normal.

Risk of heart disease and stroke can be reduced by eating less saturated and trans fats, increased consumption of fruits and vegetables, and less salt.

As mentioned previously, this is probably the most well-known disease linked to obesity or excess weight. Excess fat, which is generally associated with excess weight, increases your risk of developing noninsulin-dependent diabetes. While there are genetic factors involved, people who are 20% or more overweight have twice the chance of becoming diabetic than those who are at a healthy weight. The risk doubles for every additional 20% of weight. For example, a 5’9” man weighing 190 pounds as opposed to the optimal 158 pounds, doubles his risk of developing noninsulin-dependent diabetes. If he gains an additional 37 pounds, his risk doubles.

In addition, developing diabetes increases the risk of developing heart and kidney disease, stroke, and infections.

Losing weight, and keeping it off, is the most effective non-medical therapy for someone with noninsulin-dependent diabetes. Numerous studies have shown that losing weight improves your body’s ability to metabolize glucose, a biochemical hallmark of the disease.

Research has provided clear evidence that being overweight or obese increases your likelihood of developing gallstones. This is especially true as you age and if you are female. For example, nearly one-third of obese women will develop gallbladder disease by age 60.

The connection between weight and gallbladder disease is based on the fact that being overweight increases your body’s production of cholesterol. As the body makes more cholesterol, the liver secretes more, raising the cholesterol level in bile, which then leads to gallstones.

While using tobacco is the main cause of cancer, weight does contribute significantly to some cancers. The link between excess weight and cancer is not as definitive or strong as it is with the diseases mentioned above, but it does exist. Being obese or even overweight increases the risk of endometrial cancer as well as cancers of the bile duct, gallbladder, esophagus, ovary, breast, cervix, prostate, and colon. Ensuring a healthy intake of fruits and vegetables can also reduce cancer risks.

Obesity is linked to more than 60 chronic diseases, including heart disease, stroke, type 2 diabetes, and some types of cancer. These are some of the leading causes of preventable death. The good news is that maintaining a healthy weight overall will help keep you from developing these chronic diseases. A Doctor Supervised Weight Loss Program such as ChiroThin can help you achieve and maintain your ideal weight.

We believe in striving for total wellness where our patients attain a state of being in stellar physical and mental health. Our goal is simple - To optimize the function of our patients.

What Our Patients Say About Us

Dr. Ross is the best

Our family of four has seen Dr. Ross for over a year! We wouldn’t go anywhere else, he is the BEST! The staff is amazing too! Dr. Ross is more th an a chiropractor, he has extensive knowledge with other health related areas and never pushes his views, just shares them.

Dr. Trish knows what she’s talking about and doing with the adjustments. Even for a big guy like me, she had no issues with setting me straight (pun intended). And I just had my first massage the other day…WOW! Knew what she was doing and talked to me throughout the session, which helped me relax. And she could guess my lifestyle just by my sore spots.

Dr. Ross is the best

Dr. Ross is the best. He will take the time to answer any questions you have. Additionally, Ashton is awesome; always wears a smile and makes you feel welcome.

Let Us Help You

Chiropractic is a holistic approach to getting and keeping your body healthy! Chiropractic may help with neck pain, back pain, and headaches. Chiropractic doctors spend a vast amount of time and energy learning the art of chiropractic adjustments. An adjustment is a specific force, which, when delivered correctly, corrects spinal misalignments, called ‘subluxations’. These subluxations are what causes the interference to the bodies natural healing ability.

Massage therapy involves manual manipulation of muscles, connective tissues, tendons, and ligaments to enhance your health and well-being. The goal of our bodywork sessions is not relaxation, but RESTORATION. Everything we do is to optimize your body’s function. We use several different methods including moist heat, aromatherapy, and analgesics to ensure your body responds to treatment.

Acupuncture is a complementary medical practice that entails stimulating certain points on the body, most often with a needle penetrating the skin, to alleviate pain or to help treat various health conditions.Developed millennia ago in China, numerous recent studies conducted by scientists in Europe and the United States have found that acupuncture is effective in treating pain and nausea.

Naturopathic Medicine is a distinct primary health care profession that combines the wisdom of the body with the rigors of modern science. Naturopathic physicians are trained as primary care providers who diagnose, treat and manage patients with acute and chronic conditions, while addressing disease and dysfunction at the level of body, mind and spirit.
Read more...

While most people are aware of the connection between weight and diabetes, not everyone realizes that there are a number of chronic diseases that can be mitigated by losing weight. The growing number of obese patients has been directly correlated to

By 0
In Weight Loss 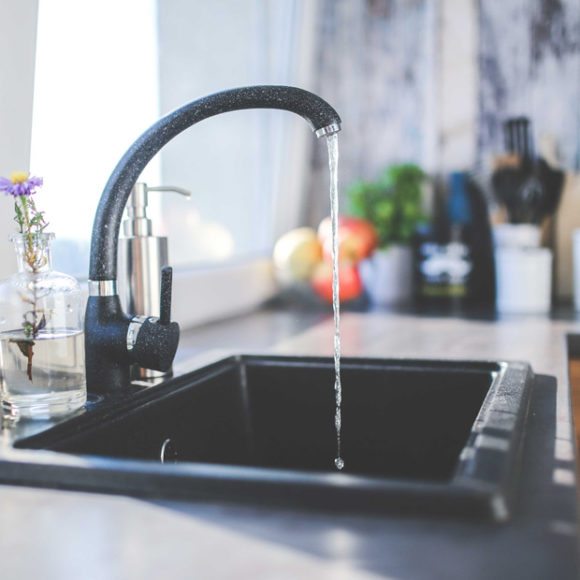 Why Should You Drink A Cup Of Warm Water Every Morning?

In case you thought that water is just a liquid which has neither one function, your life is a lie. Water is the ingredient which Is needed for the proper function of the body. In this post, we are going to present you one remedy which is made exactl 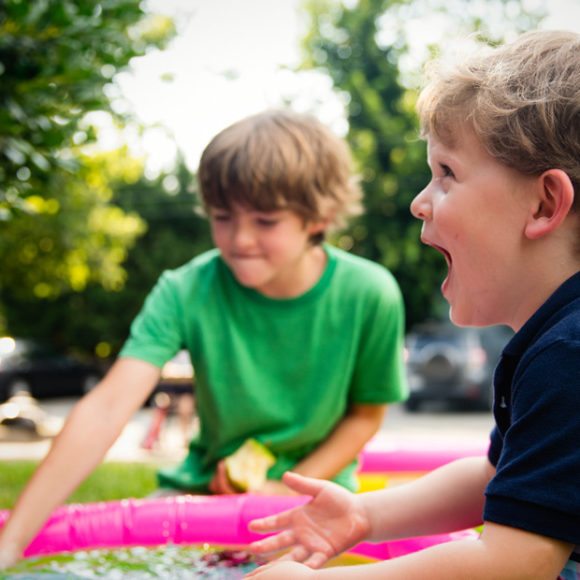 Why Chiropractic Care Is Being Suggested For Ear Infections

Chiropractic adjustments do not treat the symptom or infection. They do not suppress or mask the symptom, but instead, they allow the body to regain its natural state of function and health. Infections indicate an overloaded immune system. The best c 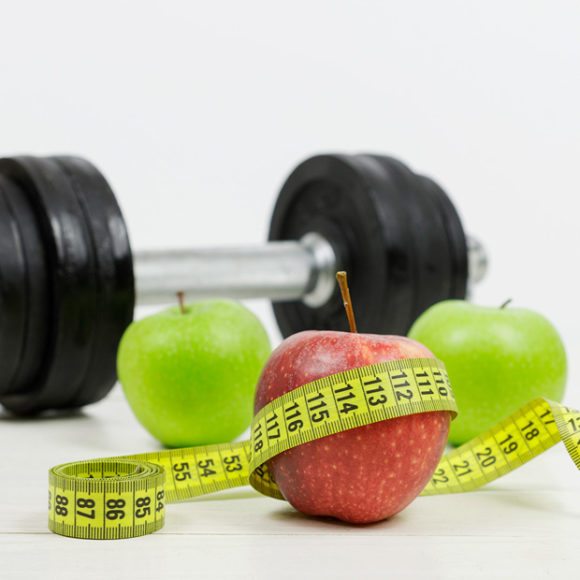 Diet vs Exercise: 6 Reasons Why Diet Is More Important

While many tout exercise and physical exertion as the secret for lasting weight loss, it is actually what you eat and the quality of what you eat – your diet – that is the main driver of permanent weight loss. We’re not saying don’t exercise,

By 0
In Weight Loss